Departure from Rethymno Area Daily. Pick up from your Hotel-Book Now 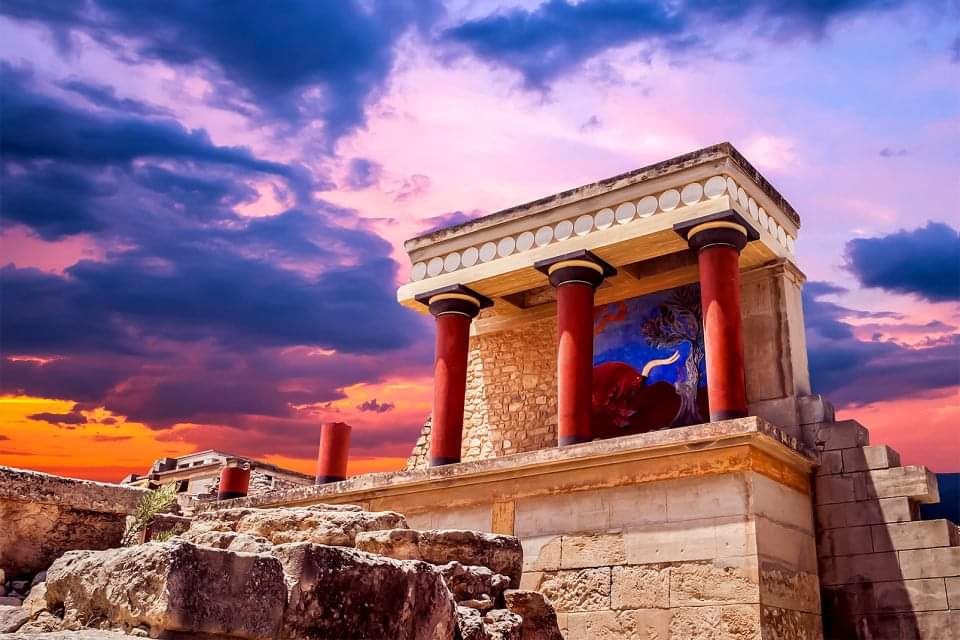 Driving east, along the north coast and enjoying a lovely view of the dark blue waters of the Cretan Sea, we reach the city of Heraklion. Our first stop is one of the most important archaeological sites in the world -the famous Minoan palace of Knossos. This is where European civilization began, an era ruled by powerful King Minos, a place full of myths and legends, (think Theseus, the Minotaur and the Labyrinth). The layout of the palace was so complicated, the courtiers needed a plan to move through it. Flourishing between 3,000 BC and 1,400 BC, it strangely disappeared, only to be discovered again by the English archeologist Sir Arthur Evans at the turn of the century. Now, partly reconstructed , blood red columns and gigantic double-headed axes are a vivid reminder of this forgotten and disappeared race.

The next highlight of this trip is the little island of Spinalonga. Our boat departs from the picturesque fishing village of Elounda. A short Cruise through azure blue waters of the island. It is a place not to be missed by historians and the curious alike. A guided Tour will fascinate you with Spinalonga's long and intriguing history, firstly a stronghold of the Venetians, then inhabited by the Turks, and, as mentioned , finally Europe's last leper colony, up to 1957.

A chance for you to see the small houses , in which the lepers once lived their isolated lives, in perfect condition.

After, this short Cruise in Spinalonga, we make a final Stop in the vivid town of Agios Nikolaos , where you have free time for a walk or coffee/lunch time in a variety of shops that surround the beautiful lake of Voulismeni.

Experience this fun-filled boat trip to an island that is truly one of a kind.

The price does not include: